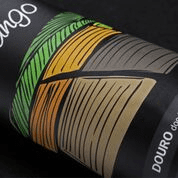 Up to now I have known Hugo Oliveira e Silva as the wine maker for Pinalta however I tasted Hugo’s own range of wines at the Simplesmente wine fair in Porto in February and was very taken with them particularly with his Boango white and Ofícios red. The latter only produced in special years, the last one being 2013. 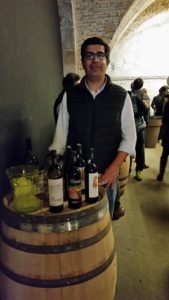 Wine making is in Hugo’s blood. Generations of Hugo’s family have been involved in the wine business and Hugo himself is deeply immersed in both viticulture and viniculture. His passion for wine making is clearly expressed in his academic studies and his carefully researched plans for the future. I caught up with Hugo in Regua on a cool April afternoon and he kindly showed me corners of the Douro that I never knew existed. Hugo works for a number of wineries spread throughout the Douro giving him access to a range of high quality vineyards and grapes for his wines. From a wonderful vantage point high above Frei Estevão in Ervedosa do Douro we pulled in and looked across at the parcels of old vines below the quinta. Here Hugo gets some grapes for Boango tinto from vineyards close to the Douro river with cool breezes and late afternoon shade that slows the ripening.From this spot we gazed north across the Douro river to Pinalta’s vineyards at Casal de Loivos above Pinhão and also above us to the Secegas vineyards on the crest of the ridge.

We then headed east and dropped down towards the Douro river at Nagoselo do Douro, a tiny cobbled village off the road to São João da Pesqueira. An idyllic location where Hugo showed me a shallow valley with wide gentle terraces where Hugo grows the majority of the grapes for his wines – Touriga Franca, Tinta Roriz and Tinta Barroca.

This hidden valley is named ‘Boango’, a name that Hugo described as uncommon, sounding like an African word, so uncommon that no one in the village could explain its origin. Looking across the terraces I could see the inspiration for the Boango labelling. Hugo explained that the change in colour on the red Boango label reflects the changing of the seasons from green bud-break to autumnal orange at harvest time then to the brown of the pruned vines. Hugo says ‘making the beautiful old winery come alive again and the mystery about the name were the reasons I chose ‘Boango’ as the name of these wines’. We had a look inside the Boango winery, a solid building at the edge of the vineyards filled with the wonderful paraphernalia of port making with enormous barrels or toneis lined up along the thick granite walls. However, Hugo’s interest lies more with Douro wines and as we drove back down the narrow twisting roads of the Rio Torto dodging the wine trucks Hugo spoke about his philosophy and plans for Adega Artesenal and his range of Boango and Oficíos wines. ‘My winemaking approach is making wines that respect the place/vineyard. In order to achieve this goal, I find it crucial to work with the vines aiming for a balanced and complete ripening of the fruits’. Hugo went on to explain his greatest worry is that someone tastes his wines and says ‘yes this is your wine’. He wants his wine to express the place and he was delighted when Steven Spurrier from Decanter magazine said that ‘when I drink this wine I feel like I am standing in your vineyard’. 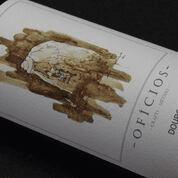 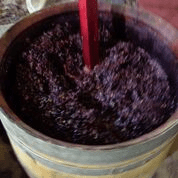 Fermentation in the barrel

In exceptionally good years Hugo makes Ofícios. During fermentation Hugo uses granite lagares and open-top oak barrels to promote the deep extraction of grape compounds and also to accelerate the formation of full palate compounds to create Ofícios elegance. Last time made Ofícios was made was 2013.

We then headed west of Mesão Frio, to Santa Marinha do Zêzere, the border between Vinho verde and Douro and saw two plots of vines planted with Avesso and Arinto that Hugo plans to make vinho verde wines with under the label ‘Matriarca (Matriarch)’. The word evokes a memory of his Mother’s family who were local to the area and an old photograph of Hugo when he was a baby, with his Mother giving him his first home bath under the watchful eye of his Grandmother. Mothers care for their children… What a delightful concept ! Come and taste Hugo’s wines at Tom Cannavan’s Edinburgh Festival of Wine 9th November 2019 !
Shares 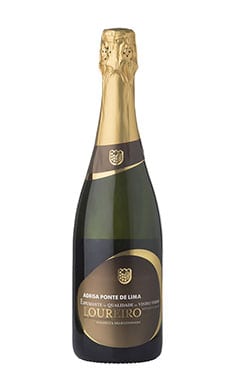 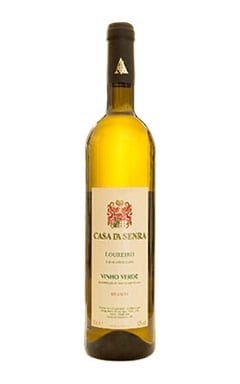 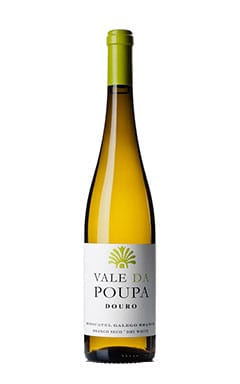 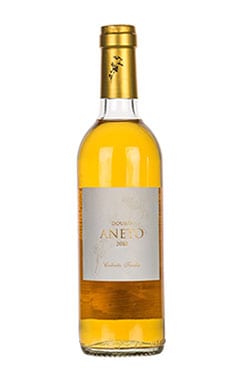 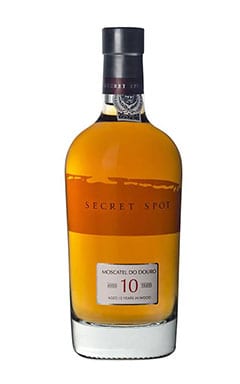 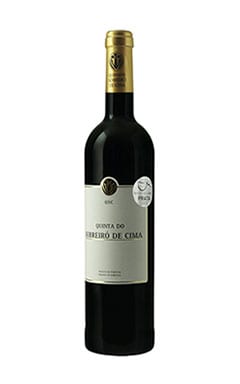